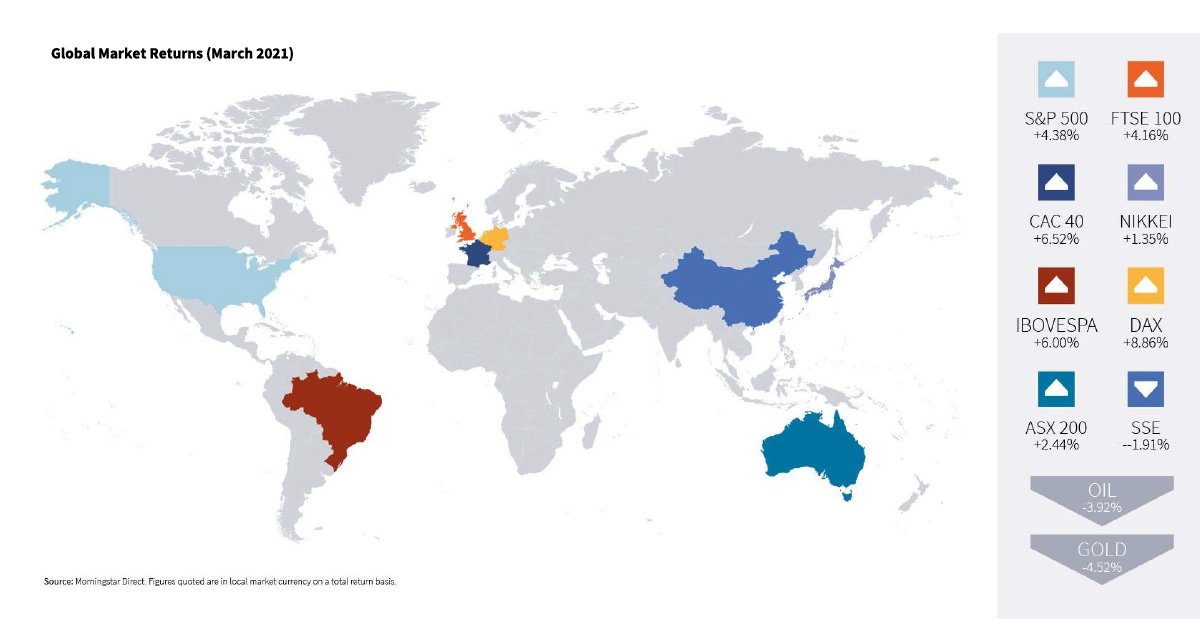 Posted at 12:11h in Market Updates by CI-Associates

It appears that inflation, rather than Covid-19, has become investors’ main concern.

Consequently, in the US, UK and even Germany, bond yields have risen to where they were in January 2020 and the direction of travel has been similar across all developed markets. But that is where the similarity ends. The US 10-year Treasury now yields 1.7% whereas the UK 10-year Gilt yields less than half that. The German bond is still in negative territory, yielding -0.3%.

This is a big difference and, combined with the continued strength of the US dollar, treasuries could yet again prove to be a tempting target for asset allocators. After a decade of over-predicting inflation, central banks will require strong evidence of wage growth before reducing stimulus this time.

Inflows from the rest of the world would ultimately act to put upward pressure on the US dollar. This, in turn, would alleviate inflationary pressures in the US. Perhaps this explains why the US Federal Reserve appears to be so sanguine about its own inflation targets? For now, the relative attraction of US assets appears to be underpinned by the rate of its economic recovery and ability to withstand higher bond yields.

Any cookies that may not be particularly necessary for the website to function and is used specifically to collect user personal data via analytics, ads, other embedded contents are termed as non-necessary cookies. It is mandatory to procure user consent prior to running these cookies on your website.