Four historians consider whether the sudden collapse of the world economy caused by the Covid-19 pandemic will be followed by an equally dramatic resurgence. 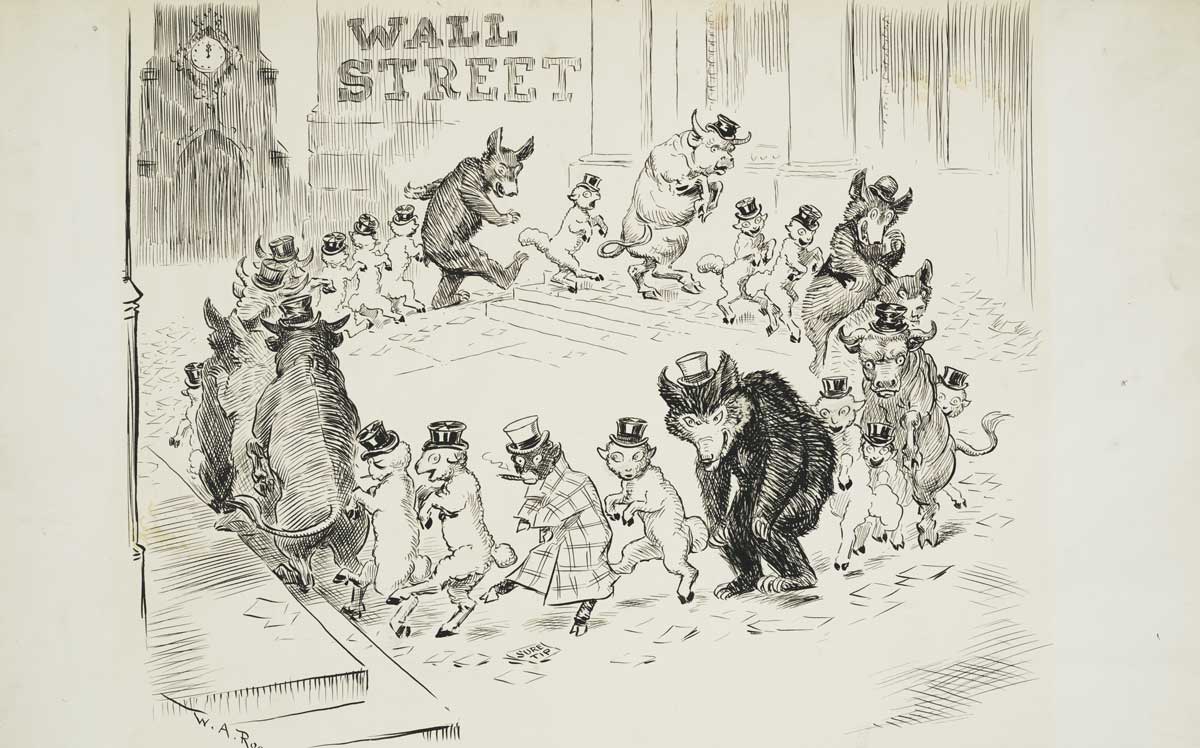 For this historian, the next boom feels a long way off

Catherine Schenk, Professor of Economic and Social History at the University of Oxford

The quick answer to this question is ‘no’, of course, since ‘always’ never happens in history. Ignoring that word, we can fall back on another one of those irritating historian’s responses, that ‘well, it depends’. In this case, it depends on the cause of the bust: are people left with purchasing power? Is there innovation? Is there widespread optimism about the future? After the bust at the end of the First World War, there was a boom in production and consumption as firms refilled the inventories run down during the war and consumers quickly released their pent-up demand for a range of products and services. Output sprang up, partly helped by wartime technological innovation. But the ‘Roaring Twenties’ of flappers, radio, cinema and conspicuous consumption, especially in the United States, soon gave way to bread lines, soup kitchens and the Dust Bowl of the 1930s Great Depression. Elsewhere, things were even worse. This historic bust was followed by rearmament and then global war at the end of the 1930s, not by a boom.

Another example is the collapse of Japan’s economic growth in the 1990s following a financial crisis. This bust was followed by the ‘lost decade’ of slow growth. Rather than a V-shaped bounce back into a boom, or even a U-shaped prolonged recovery, it was more L-shaped, i.e. a bust and no recovery. Following the global financial crisis of 2008, there has also been no boom to follow it. Instead, the global economy has limped along with low growth rates and rising inequality for more than ten years. Stock exchanges recovered and so did employment and trade, but overall growth rates were slower than before. Based on these historic examples, the bust caused by the Covid-19 pandemic is unlikely to be followed by a boom. True, there is pent-up demand to be released once social distancing is relaxed, but a lot of this is for services like hairdressers, restaurants and bars. We can’t eat enough restaurant meals to make up for the months that these companies couldn’t trade. Lost jobs and incomes may make us more cautious consumers for a long time to come. For this historian, the next boom feels a long way off.

Peter Sarris, Professor of Late Antique, Medieval and Byzantine Studies at the University of Cambridge

No. Without wishing to sound gloomy, I am afraid that some societies enter into death spirals and never bounce back from the shocks they receive. Externally generated crises, in particular, tend to exacerbate and intensify a society’s existing social, economic and structural weaknesses, potentially pushing it beyond the point of no return.

I have spent a lot of time working on the sixth century AD, which was associated with a major period of climate instability (probably caused by a series of volcanic eruptions) and the sudden arrival of bubonic plague, which reached the Mediterranean via the Red Sea in 541. Despite some recent claims to the contrary, it is increasingly clear that these events would combine to devastating effect. The period when the plague advanced from the Red Sea coincides with our archaeological and numismatic evidence for a collapse in the powerful East African Christian kingdom of Axum, which was a bulwark of pro-Roman influence in the Red Sea and southern Arabia. Environmental crisis in southern Arabia itself would also lead to a collapse in the kingdom of Himyar (focused on Yemen), which would have far-reaching political and religious ramifications across Arabia as a whole on the eve of the rise of Islam.

Within the Mediterranean world, the advent of the bubonic plague caused much human misery and posed major problems to the East Roman (or ‘Byzantine’) Emperor Justinian, who was at that point engaged in the reconquest of Italy to the west and warfare with Persia to the east. A sudden loss of taxpayers and military manpower exacerbated his empire’s existing fiscal and logistical problems and would contribute to growing military and political instability in the late-sixth century. The sixth-century plague sapped the Empire’s strength, thereby facilitating its seventh-century collapse, when it would lose control of Syria, Palestine and Egypt, initially to the Persians and then to the forces of Islam. The plague tended to advantage less hierarchical and less urbanised societies over their more hierarchical and urbanised imperial foes, which were more structurally vulnerable and prone to collapse: a situation perhaps familiar to us today?

Tirthankar Roy, Professor in Economic History at the London School of Economics

Since the 1990s, South Asia has experienced a steady economic boom led by investor confidence. On some occasions, confidence faltered and growth slowed. But economies have rebounded quickly as confidence returned. Such investment-driven business cycles are a part of the recent history of the region. In the 19th century and until recently, booms and busts followed another pattern.

Economic shocks were – and still are – environmental in origin. A succession of bad monsoons reduces purchasing power, raises debt, brings down banks. In the worst cases, there were famines and epidemic outbreaks. In 1876, 1896 and 1899, famines hit peninsular India, killing millions. Famines disappeared in the region after 1900, but weather shocks persisted. Drought returned roughly once every seven years, always reducing consumption, sometimes causing fiscal and balance-of-payment problems. The drought effect is becoming weaker now than before, but it is still disruptive.

Weather shocks happen all the time. Is South Asia unique in having them? Did booms always follow busts like these?

South Asia, and indeed the tropics, did face a different order of environmental risk. ‘Flood and famine’, an influential report in India in 1947 wrote, ‘are two aspects of one and the same problem.’ The problem was this. Much of mainland South Asia is in a climatic zone called the tropical monsoon, where extreme heat dries up surface water quickly, making mobilisation of water for cultivation, industrial use and consumption costly. The heat and the oceans also produce a powerful monsoon in parts of the tropics. The climate causes drought if the monsoon is weak, storm surges and floods if the monsoon is strong.

What followed an economic decline due to famines or floods was not a boom, but a recovery. The recovery was a many-sided process. In the short run of a year, a flood or a drought destroyed assets and lives, increased crimes and bankrupted states. Returning to production took time. In the long run, scientists discovered why famines and floods happened. Knowledge grew, policies changed, droughts became less destructive: but they were an economic disaster, nonetheless.

The Black Death arrived in Europe in 1347 and spread throughout the continent. It would come back in waves for centuries to come. Plague had already ravaged Asia and would go on to wreak untold horror in Africa. The mass casualties, 30 to 50 per cent of the European population, caused disruptions in farming and trade and a decline in rents. Monuments, such as the Lady Chapel in Ely, the façade of Exeter Cathedral and the expansion of the cathedral in Siena, were left unfinished as workers and masons perished.

Communities that survived began to find ways to live with reduced numbers. The decrease in population provided better living conditions for some, with increased wages and lower rents. But these changes were not universal across Europe, or across social stratas. Life expectancy in the decades following the pandemic was significantly lower than before. Booms in artistic production tend to follow economic growth. The work at Ely Cathedral was eventually completed, the stained glass in the Lady Chapel simpler than that produced before. The sculptures on the façade of Exeter Cathedral were produced in three phases by different artists, as the first campaign had been interrupted. Siena’s work was continued without a planned extension.

While the pandemic encouraged new modes of piety, cults of remembrance and particular artistic motifs, the rise of a specific art movement, changes in style or tastes cannot be pinned on any one event, no matter how cataclysmic. We have a tendency to think of history as an inevitable series of events, one movement or style progressing in to the next. History writing is often the process by which an imagined ‘we’ emerges triumphant, thus rendering invisible those individuals and communities that perished. Likewise, the history of Europe is a history of ‘progress’: lives improve, technology develops, unjust systems expire and fall and artists become better at making art. But the nature of these changes are only apparent to us as we view it from the present. Following the Black Death, artists in medieval Europe continued to make art, some of that art was new and different, but in some places it marked the end of large-scale commissions.