In very unexpected and positive results, nonfarm payrolls shot 2.509 million higher in May versus April’s enormous decline of 20.687 million (revised). Market expectations called for a decline in payrolls of nearly 8 million. The unemployment rate surprisingly fell, not rose, by 1.3 percentage points to 13.3 percent.

The Bureau of Labor Statistics attributed the improvement to the limited resumption of economic activity as virus restrictions eased. Payrolls rose sharply in leisure and hospitality (1.239 million), construction (464,000), education and health services (424,000), as well as retail trade (367,800) and manufacturing (225,000).

With all stock sectors higher, best performers were energy, aerospace, banks, homebuilders, apparel, hospitals, and packaging. Lagging but still higher were biotech, pharma. Internet, entertainment, and other stocks geared toward lockdowns and staying at home.

The jobs report gave credence to the recovery narrative that has underpinned markets. Among other positives, the EU Commission reportedly called on member nations to lift travel restrictions by the end of June. European airlines rose, with Air France KLM up 12.5 percent, and Lufthansa up 6.2 percent.

Among the day’s biggest gainers were Carnival, the cruise operator, up 19.8 percent, and builder Taylor Wimpey, up 4.4 percent on a positive trading report, plus a better than expected UK Halifax housing price index report.

In economic data, UK house prices dipped 0.2 percent in May versus April. However, the latest drop was shallower than expected and only reduced the annual inflation rate from 2.7 percent to 2.6 percent.

Hong Kong’s Hang Seng index outperformed on both the day and on the week, with gains of 1.7 percent and 8.0 percent respectively. Investor concerns about the impact of the Chinese government’s decision last week to impose stricter security rules in Hong Kong appeared to have eased, with local authorities insistent that these changes will not hinder businesses and the financial sector. Sentiment was also boosted after the CEO of Hong Kong’s stock exchange, Charlie Li, said on Thursday that many US-Listed Chinese firms are likely to list in Hong Kong later this year. Expectations of more listings have also prompted higher capital inflows into Hong Kong in recent weeks, though authorities have continued to express confidence that these flows can be managed with no pressure on the long-standing currency peg with the US dollar.

Household spending in Japan, in real terms, fell 11.1 percent on the year in April after falling 6.0 percent in March, a smaller decline than the consensus forecast for a drop of 14.5 percent. Spending had already been weak before the Covid-19 pandemic after consumption tax rates were raised in October 2019, with the year-on-year fall in April the seventh in a row. Spending on food, clothing, transportation and communications and recreation all fell, partly offset by stronger growth in spending on utilities. Data published last week showed retail sales fell 13.7 percent on the year in April after dropping 4.7 percent in March.

The following indicators will be released this week… 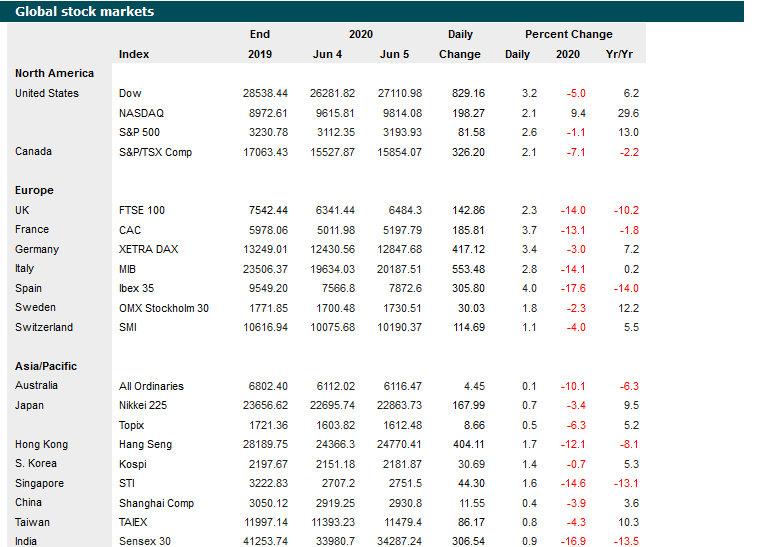